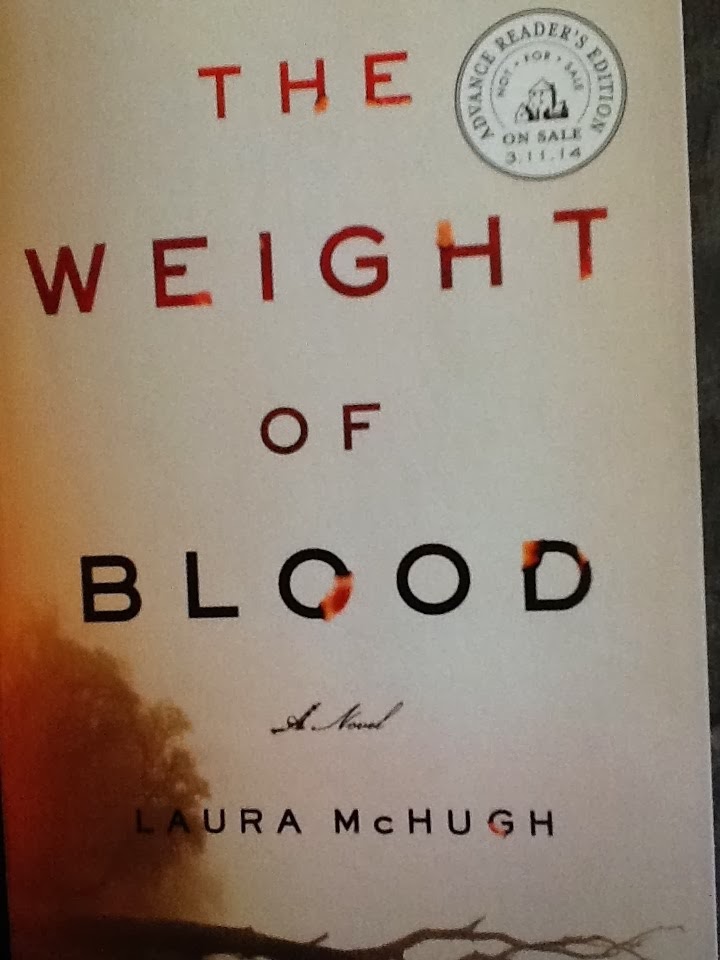 The tale opens with a body, or rather body parts, of a young woman found in a tree. The victim, Cheri Stoddard, friend of protagonist Lucy Dane, had been missing for a year. Where Cheri spent her last few months and how she ended up dead becomes an obsession for Lucy because the circumstances of Cheri’s disappearance echo how Lucy's own mother Lila vanished more than a decade ago. Orphaned Lila, a relative stranger to the small Ozark community of Henbane Missouri, comes to town to work as a farm worker for Crete Dane. Crete has paid for her journey from Iowa and provides room and board on his farm where she is supervised by Ransome Crowley, a weathered woman who maintains a cool distance from the lovely Lila. Meanwhile Lila quickly falls for Crete’s younger brother Carl, but Crete has other plans for lovely Lila. Even though Carl and Lila marry and produce Lucy, Crete maintains a looming presence in her life. One afternoon when Lucy is still a toddler, Lila leaves her child with her friend gabby to run an errand and is never seen again.

Lucy Dane believes there is a connection to Cheri’s murder and her mother’s disappearance, and in her free time from working in her uncle Crete’s cafe and general store, she initiates help from Daniel, her secret crush who is now her co-worker, to help find out what happened to her murdered friend and missing mother. Henbane is a small community, so someone has to know. The narrative weaves between Lucy, Lila, Ransome and other characters' viewpoints, and the reader gradually learns the whole story through their eyes.

The taut, elegant writing and well paced narrative kept me engaged all the way through. The Weight of Blood reinforces the notion that every community and family, no matter how small and seemingly benign, contains dark secrets.

This is Laura McHugh’s first novel, and I hope she is working on a second one.

Beware of the Font Snob

I recently finished the third draft of my latest YA, and have asked several folks to read it and provide feedback. Logan, one of my AP students he said overall he liked the story, but he was horrified by the chapter in comic sans font.
“Really? why?”
“Comic sans is the white trash of fonts.”

The book is, written in Arial, is narrated by a male protagonist’s in first person, and I wanted his passages to physically differ from the woman’s journal he discovers. I thought Comic Sans had a feminine look to it.

I told my friend and fellow writer Elizabeth about Logan’s reaction, and she agreed with him. “Comic sans is awful,” she said. “You have to change it.” I sent her an electronic copy of my novel, and she admitted she changed the font on her copy before she could read the chapter in question. “When I started to read the character’s journal, it was like Minnie Mouse and Daffy Duck were screeching in my head,” she said. “It was unreadable.”

This led me to an investigation of font snobs. There are 125,000 pages linked to the term ‘font snob,’ and one can download 20,000 different fonts from a single site. There is even a blog called The Font snob blog. http://fontsnob.blogspot.com/

The banner at the top reads: Hi. My name is Justin, and I'm a graphic designer. Most people don't give typefaces a second thought. They shamelessly use Comic Sans, Hobo, or Papyrus. It's time to get oriented about the beauty of the letterform. This is my passion. This is my disease. This is The Font Snob Blog

I admit a preference to san serif fonts because as an art student, when I had to hand letter my work with an old fashioned quill pen, serifs were the bane of my existence. One slip of the pen when I filled in those damn serifs and the work was ruined. Serifs were a pain in the ass, so I gravitate to using fonts like Arial, Calibri and other san serif typefaces. Comic sans is a member of that group.

“Why is there a problem with comic sans?” I asked.
“comic sans is like an undesirable body shape,” Elizabeth said. “It needs to go on a diet.”

I typed lines in Arial, Verdana and Comic Sans to compare.
“See how comic sans is squat compared to the others It’s like someone stepped on it.?”
“So the reason I don't mind the typeface is it’s an endomorph like me?”
Logan and Elizabeth are both Ectomorphs, those stick figure body types who can eat anything they want (and we secretly hate them for it) and never gain weight. The soft sided Endomorphs like me just think about food and gain five pounds.  Neither of those fonts is heavily muscled, though.  Apparently the Verdana font has six pack abs.

“It’s a matter of taste, Elizabeth said. She used to do newspaper ad layouts, and fonts were like their personal signature.

Here are a few fonts. This one is Tempus itc. Not bad. Maybe a little spindly.
Lucida is rather pleasant, but I used it in another section of the novel.
what does this one look like? No.
palatino italciced MAYBE
euphemia is leaner. This could work.
calibri Is this like comic sans on a diet ?
fzshyuti font. I like the name of it.
kalinga font. Another maybe
batang che- too much like courrier
gulim font is an ectomoroph on steroids
trebuchet is probably too much like comic sans
but at least I didn’t write the chapter in wingdings:

Sorry, but I still like comic sans. It’s a fat bottomed girl like me.
What are some of your favorite fonts?Happy Writing.
Posted by Laura Moe at Saturday, February 01, 2014 5 comments: