Revenge of the Bad Sentences 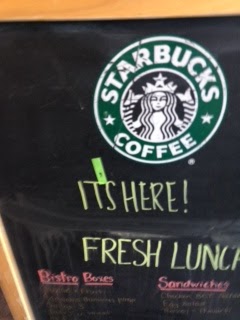 I’m revising a draft, 7th draft to be exact, which means examining the details on the sentence level. The initial edit phase was more developmental, where I fleshed out scenes and moved things around. By the sixth draft I performed major surgery, extracted a few teeth, sucked out the fat (erroneous back story) and the manuscript is now thinner. At this point I’m stumbling my way line by line through myriad band sentences. Like this little gem:

Peri hands me a napkin and wipes her own hands.

What do I mean here? On what does Peri wipe her hands? Her dress? The grass? The back of her hand?

On the surface this sentence looks complete. It has a subject (Peri) a verb (hands) and an object (me.) The problem lies in the second half of the sentence. The subject is still Peri, the verb is wipes, but the object (her own hands)is too vague.

When I wrote it I pictured her using her own napkin, but I didn't mention this to the reader. It was clear as dry inside my head. Unfortunately most of you are not mind readers.

This is not the worst sentence I’ve ever written. Likely it’s this one from an early draft of my MFA thesis:

A seedless fruit, Columbus discovered pineapple on one of his many voyages.

What do I mean here? What am I implying? This gem gave one of my first readers quite a howl. I’m sure he still uses it as a slide in a lecture on bad sentences.

We all write them. Some of us are just better, or worse at it.

There’s even a contest for the worst opening line of a story.