Anonymous Is My Biggest Fan 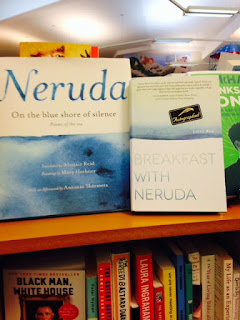 I welcome comments on my blog. Anonymous is my most faithful commentator. He regularly chimes in with gems like "More and more actresses and singers are going thick like Sofia Vergara" and "it will have two of you smiling, which will have everyone wandering reason for so happy in the end of this time." It was in response to a guest post by Judith Works about finding an old reader's journal. On a piece about finding articles on the back pages of Google, Anonymous said, "just desire to say your article is as amazing."

Anonymous is also concerned that I find the cheapest car insurance possible.

Sometimes my heart bleeds for her. "The other day my sister stole my iphone wile I was at work and tested it to see if it can survive a 25 foot drop, just so she can be a Youtube sensation. My ipad is now destroyed and she has 83 views. I know this is totally off topic but I had to share it with someone!

So I tip my hat to you, Anonymous. Thanks for all the accolades, advice and anecdotes.
Meanwhile, enjoy the photo of my book's fraternal twin.

Happy Writing all you nanowrimos out there.
Posted by Laura Moe at Wednesday, November 08, 2017 No comments:

Little Do We Know 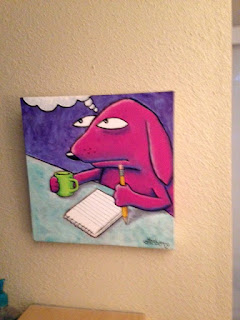 Yesterday I attended a memorial celebration for someone I knew when he and I were kids. We weren't exactly friends. Floyd was a year ahead of me in my brother Paul's class, but we all attended a small American school, so even if we traveled in different circles, everyone knew each other's names. Floyd was quiet and bookish and not prone to mischief like the rest of us in 7th and 8th grade. I don't recall him being bullied; he just flew under the radar.

Fast forward more than forty years. His younger sister Susanne and I have been Facebook friends for awhile and even though our families moved to various spots on the globe, we all ended up in the Pacific Northwest. It turns out Floyd has been living in Seattle for the past 30 years but he and I never got together, but now that I have met his friends and heard stories about him, I wish we had.

His two sisters hosted the memorial in Floyd's apartment, which is tastefully decorated with Asian art he collected over the years. Rather than it being a somber occasion where everyone wore black, the party was a festive dedication to Floyd's life. On a corner table Susanne had set up a continuous slide show with photos from Floyd's baby years up to his recent demise. Each guest saw moments from his life where they recalled him best.

At one point in the party Susanne and their other Kate invited friends to tell tales about Floyd. Most of these were funny, such as the man who said he met Floyd thirty years ago at a local watering hole. "This guy bumped into to me, wearing a pink shirt, and announced himself as "Pink Floyd." We've been friends ever since."

The quiet kid I barely noticed in school had developed into a well read person with a litany of interests. His walls contained framed art, carefully placed on the walls, that he bought from his many journeys. His furniture was worn, but complemented the space. The friends I met recounted having many great conversations in Floyd's living room, and it was a place, with its balcony view of woods and several glowing the lamps, that welcomed visitors.

As the party was ending Susanne asked guests to feel free to take a small remembrance of Floyd. She had set some items on the credenza to choose from.  Later, in the kitchen, she and I talked about my writing, and my being active with local writing groups. She asked if I knew children's book author and illustrator Kevan Atteberry. I said I did. She reached above the sink and pulled a small painting off the wall. "I want you to have his, then." It was an Atteberry she had bought for Floyd as a gift.

Even though I didn't know Floyd well, it's nice to see he had an interesting life, and now something he enjoyed looking at is now hanging above my own kitchen sink.