The Business Side of Writing 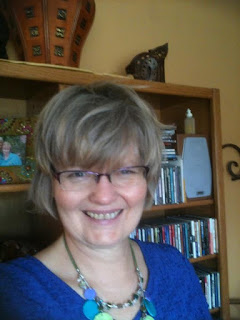 I just returned from the 2013 Pacific Northwest Writer’s Association (PNWA) conference in Seattle, Washington, so my next few posts will feature highlights of the conference.   In the conference brochure, PNWA president Pam Binder likens a writing career to a roller coaster ride. Unlike other writing workshops and conferences, where the emphasis is largely on craft, the PNWA conference focuses on getting your work published. While there were a few craft sessions, this is not a conference for newbies; it focuses on having polished work ready for market. If you are at the beginning of your writing career, try regional workshops and hone your projects.

On opening day, agent Katharine Sands conducted a session on Pitchcraft. While the stigma of self-publishing has ebbed, she makes the distinction between being printed (self published) and published (traditional.) She points out that too many self-printed books are put on the market before they are fully seasoned. “People are in a hurry, and publishing is a slow business.” She estimates once a book is accepted by a house, it is a minimum of eighteen months before it will be available in print copy. That’s not counting the months or years it takes to secure an agent. So as much of a kick it is to see your book in print, “don’t “publish” something you may later regret.”

When reading queries or hearing pitches, Sands says she looks for three things: person, place and pivot. She wants to know right away who the story is about. She also wants to know the setting, and mostly, she wants the pivot, (the problem).

I know I’ve said this before, but I’d rather write another novel than a query letter or a pitch. It’s easier. Writers feel comfortable in the artistic zone, the creative universe where we converse with our imaginary friends. Many of us have EmilyDickinsoned our manuscripts in a box or computer file because marketing our words (and ourselves)feels like roaming a foreign country without a guide.

But the reality is if we want our books out there, we have to pitch them to agents or editors. Condensing a three hundred page manuscript into two or three sentences is like climbing Mt. Everest with a fork.

I’m a good writer, but a lousy self-promoter. I’m like the two girls I see outside the window at Starbucks as I write this, waving a sign to promote their check cashing business. Traffic whizzes by and few pay attention. I’m not shy, nor am I invisible. As a teacher I stand in front of a lousy audience every day and manage to capture my students’ attention. I even took a stand up comedy class were my final exam was to write and perform a comedy routine for a live audience. I killed them. Granted, most of the audience was drunk, but I got a standing ovation. I’m fairly brave, so why do I balk at pitching my writing?

The object is to describe your book in 2-3 sentences without making it sound stupid. Guy wakes up to discover he’s a cockroach. A man burns books for a living and starts to feel guilty about it. Destitute Family leaves Oklahoma for California to seek jobs and security. See how easy it is? Why can’t I do this for my own work?
In an upcoming post I will share my experience with preparing my (dreadful) pitch, but still scored a couple of mss. requests..
Happy Writing.
Posted by Laura Moe at Monday, July 29, 2013