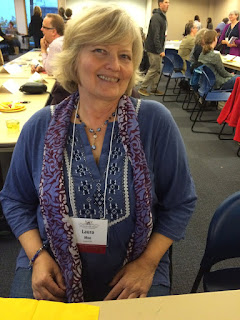 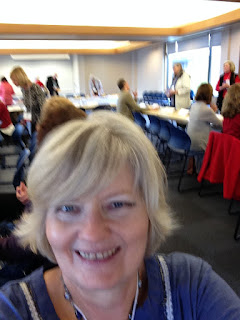 I don’t know everything; in fact, sometimes I know nothing. Over the weekend I presented at the Write on the Sound Conference, a three day writer’s conference housed in a venue with a spectacular view of Puget Sound. My session was titled “Crimes of Syntax and How to Fix Them.” In my talk I used examples of my own wretched early-draft sentences for my YA novel-in-progress to demonstrate how revision strengthens the work. I gave the audience a brief background of my narrator, 19 year-old Michael, and his 18 year-old girlfriend Shelly. The participants agreed my revised syntax improved in each example. Then I showed them the following gem:

I think of Theo and Shelly alone in his apartment tonight. Those two have a history. She chose me, but she also said “this is where the heroine sets the hero free.” Does she want to be free of me? Are we just wandering atoms that attached, and will now disengage? Will she wait faithfully like Penelope, as I, Odysseus, drift alone at sea for the next five weeks?

I remarked the sentences in this are overwrought and melodramatic, and shared my revision:

My despair deepens when I imagine Theo and Shelly alone together for the next two days. Will they revisit their history? She had told me “this is where the heroine sets the hero free.” Does she want to be free of me? Are we like a rocket vaulting into space only to later split into separate components?

I clicked on a side by side comparison of the two, believing I had vastly improved my sentences. One woman raised her hand, and said, “If you were writing through an adult voice, this would be true, but your character is a teenage boy; his thinking at this critical juncture would be overwrought and melodramatic.”

I drew a quick breath and grabbed my chin. Holy crap, she was right. Why had that not occurred to me? Others chimed in, saying the melodrama added a touch of humor. One young man said the rocket image didn’t work nearly as well as the atoms, and they all agreed Michael would likely think of Odysseus given that he’s literary. Another woman suggested what may have bothered me about the original passage was the paragraph length and she suggested a spot where I could make a paragraph break.

As much as I wanted them to now rewrite my entire novel, it was ten minutes before lunch and I still had twenty more slides to show, so we had to move on. But my audience reminded me of a few things:

Years of writing, even having critical success, doesn't mean your next book is going to come more easily. In fact, it may be more difficult because you are competing with your best self.

Sometimes we grow too close to our stories to make critical judgments; we need a community of trusted early writer-readers who will provide objective criticism.

At a writer’s conference one’s audience consists of writers with varying skill levels. Even though I have more degrees than a thermometer, I always learn something new, or relearn something I already knew when I attend workshops, and often I learn these things from other participants rather than instructors. Students inadvertently teach if the teacher is willing to listen.

Which version do you prefer? My original, the revision, or something in between?

Email ThisBlogThis!Share to TwitterShare to FacebookShare to Pinterest
Labels: advice for writers, syntax, voice in writing, Write on the Sound, writing conferences